When COVID-19 hit, border closures were sudden and international travel came to a rapid halt. What did this mean for travellers overseas at that time?

Well... it was an interesting time in the travel industry. The Travelbay Team worked around the clock to make sure everyone got home safely - which they did.

ATAS is the AFTA Travel Accreditation Scheme run by AFTA, the Australian Federation of Travel Agents. Being ATAS accredited is no mean feat - there is strict criteria to be met and regulations to be followed. Travelbay has been ATAS accredited since 2015, in fact Travelbay goes above and beyond industry standards.

Read the full blog below and to find out more about ATAS, click here.

With borders closed and destinations in lockdown, the COVID-19 pandemic has hit travel agents especially hard.

From the moment the virus began to impede the movement of people around the world, Australian travel agents began repatriating their clients, as well as rescheduling, rebooking, cancelling, amending and postponing their travel arrangements. Amid all of that, they've also been chasing refunds, credits and monies owed to their clients and suppliers.

It has been, without a doubt, the most challenging time in the industry's history.

But crises can bring out the very best in people like the team at ATAS-accredited Travelbay in Goonellabah in Northern New South Wales.

With restrictions tightening daily as the severity of the pandemic became clear around the world, the Travelbay team initially found itself modifying travel arrangements to keep clients travelling. But as the situation escalated, Operation Modify Holiday quickly became Operation Get Them Home.

"In early March 2020, a number of Travelbay customers were overseas. We were keeping an eye on the COVID-19 situation, but I don’t think anyone was quite prepared for not only how fast things would change, but how drastic the lockdown measures would be," recalls Travelbay Director, Nikki McKee.

The first serious signs of a squeeze came from two countries that went hard on the virus early—Vietnam and Singapore. "We had clients arrive in Vietnam for a family holiday on 8 March. Right up until that point, we were confident their holiday would go ahead as planned. We had been in regular contact with our team on the ground in Vietnam, and had no reason to believe otherwise. But just a few days later, the situation had shifted dramatically," says Nikki.

By 11 March the family had to leave Pu Luong in northern Vietnam early as the resort where they were staying was being closed. This was followed by the iconic Ha Long Bay shutting down on the 12th, and the family's planned cruise—a highlight for many who visit Vietnam—was cancelled.

With the family's blessing, Travelbay worked with its in-destination team and arranged an alternate itinerary—one, it turns out, that changed daily to comply with ever tightening travel regulations. Yet, despite the relentless efforts of the Travelbay team, the family ended up in quarantine for a short time at a hotel—the result of other guests having been in contact with people who had tested positive for COVID-19.

This was not the holiday they had planned.

"By the time they were given permission to leave Vietnam, the family had to change their flights home again. At every stage of the process, both our local team in Vietnam and the Travelbay team were in frequent, direct contact with the family," says Nikki.

It was a level of service the family was extremely grateful for.

"We are so thankful we chose your services. Everyone has tried so hard under very difficult circumstances. We can’t thank you enough,” they said. 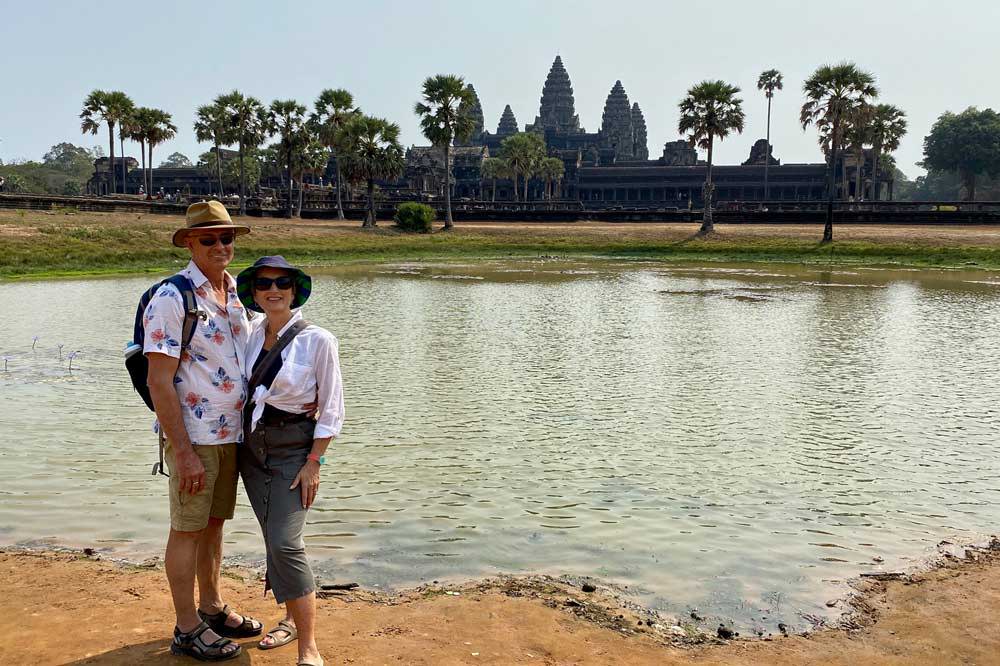 Transiting Singapore Changi Airport—something countless Australians have done effortlessly for generations—was suddenly a real problem, and a real issue for a couple returning from their honeymoon.

"Steve and Stevie had a wonderful time in Vietnam and Cambodia, and only encountered problems when they started their journey home via Singapore. The couple where due to spend a night in Singapore for the final night of their honeymoon, restrictions for the tiny island nation suddenly became very tight. They immediately called us from the check-in desk at Da Nang airport," says Nikki.

The new restrictions meant that anyone who exited the air-side areas of Singapore Airport would be subjected to a 14-day quarantine. With no other option, the hotel booking needed to be cancelled.

But even that didn't solve the problem.

As Nikki explains, "With so much time between their connecting flights in Singapore, Steve and Stevie weren't able to check their luggage all the way from Da Nang to Australia. This meant they would have to leave the air-side transit area at Singapore Changi Airport to collect and re-check their baggage. And that meant quarantine."

Back in Da Nang, options were limited. Few flights were departing Vietnam as restrictions bit and, those that were, were full.

"It was not looking good. But we worked away at a solution while Steve and Stevie waited in Da Nang. In the nick of time, the heavens opened and we were able to grab the last two seats on a different route back to Australia—one that bypassed the Singapore quarantine,” notes Nikki.

As Steve and Stevie recall, "We were literally on the phone to a Travelbay staff member who supported us to re-organise our homeward flight as we were checking in. They took care of every detail with simplicity, total professionalism and ease, and managed to get us on flights that had been fully booked only minutes earlier. Travelbay's service was above and beyond. Without their support, we could still be stuck overseas.

"We're very appreciative that we chose to book our overseas holiday with Travelbay. They were there with us every step of the way when we really needed them."
By the end of March all Travelbay customers were back in Australia and safely home.

ATAS accredited travel agents like Nikki and the team at Travelbay deliver great value, professional advice and the support you need before, during and after your travels.

Only the very best travel agencies in Australia bear the ATAS insignia.

Attaining ATAS accreditation is a significant achievement for any Australian travel agent. ATAS accredited travel agents have successfully completed a rigorous application process, and must meet the strictest criteria. 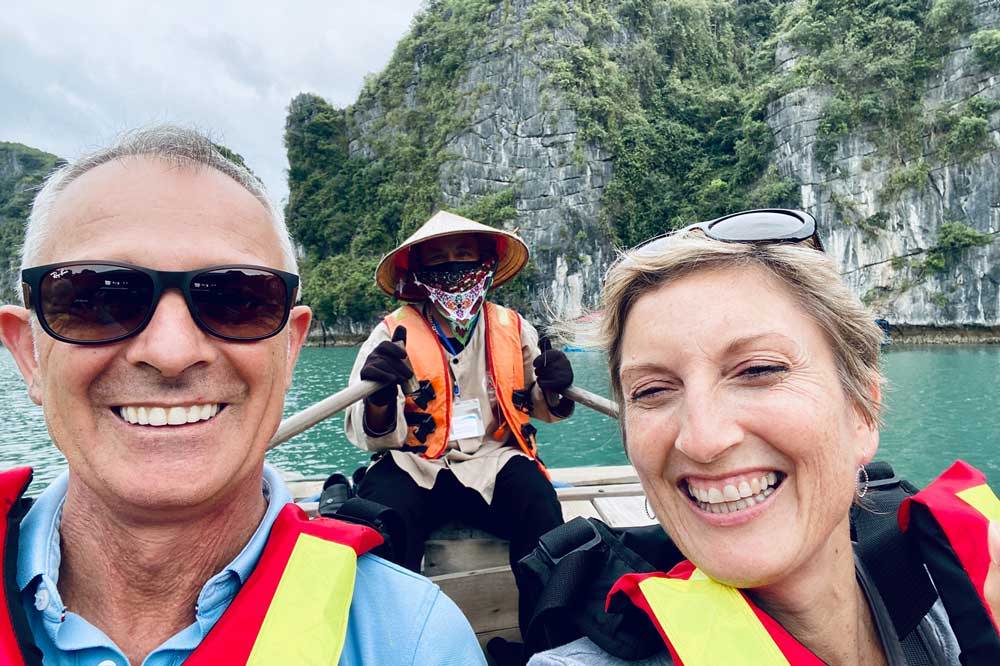 Furthermore, they must maintain these standards of professionalism to retain their ATAS accreditation. ATAS accredited travel agents are required to comply with Australian Consumer Law and operate their business in accordance with the ATAS Charter and Code of Conduct.

That's experience, expertise and service you can trust.

> Back to Travelbay in the Media page